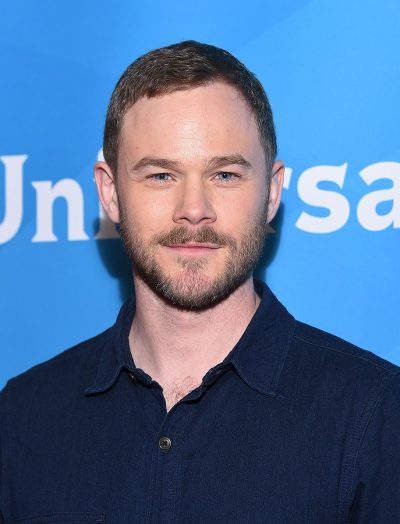 Ashmore in 2015, photo by DFree/Bigstock.com

Aaron Ashmore is a Canadian actor.

He is the son of Linda and Rick Ashmore. His identical twin brother, Shawn Ashmore, is also an actor. Aaron was raised in St. Albert, Alberta and Brampton, Ontario.

He is married to Zoë Kate, with whom he has two children.

Aaron’s paternal grandfather was Robert Edmund Ashmore (the son of Frank Mathieson/Matheson Ashmore and Edith Iva Edmunds). Robert was born in Killam, Alberta, to a father from Manitoba and a mother from Ontario. Frank was the son of George Ashmore and Jane Renton. Edith was the daughter of Solomon Chesley Edmunds and Edna Emma Baskerville, whose parents were from Tipperary, Ireland, and whose father was a Protestant minister.

Aaron’s paternal grandmother was Shirley Marjorie Towers (the daughter of Harold Lloyd Towers and Dorothy M. Fitch). Shirley was born in Cochrane, Alberta, on a cattle ranch. Harold was the son of Francis Harriman “Frank” Towers, who was born in Walsall, Staffordshire, England, and of Elizabeth Glover, who was born on Alderney, Channel Islands, with roots in Ireland and Guernsey, Channel Islands. Dorothy was English.

Aaron’s maternal grandfather was Jack Beverly Davis (the son of Alexis Charles Davis and Ruby Maude Kirkland). Alexis was the son of Charles Hooper Davis and Elizabeth Jane Mason. Ruby was the daughter of William Attenbury/Attenborough Kirkland and Edna May Cosman.