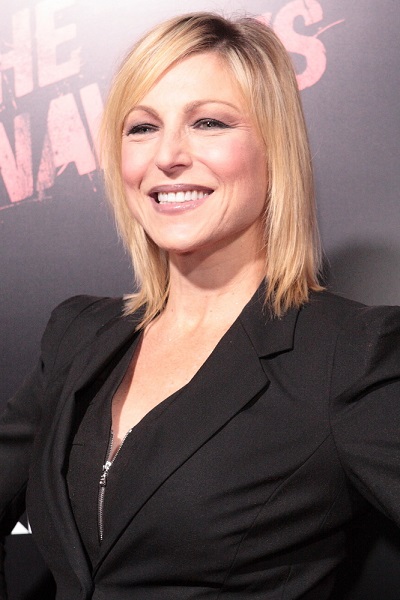 Tatum O’Neal is an American actress and author. She won the Academy Award for Best Supporting Actress for Paper Moon (1973). She is the youngest person to win a competitive Academy Award, at age ten.

Tatum’s paternal grandmother was Patricia Ruth O’Callaghan, an actress (the daughter of Richard Edward O’Callaghan/Callahan and Mathilde “Tillie” Pius). Patricia was born in California. Richard was born in Ireland. Mathilde was Jewish. She was born in New York, the daughter of Gustave/Gustav “George” Piakowsky/Pius and Rebecca “Regina” Iglick. Gustave was a German Jewish emigrant, born in Sieradz, Poland, the son of Moses Pius and Esther/Ester. Tatum’s great-great-grandmother Rebecca was born in Schrimm, now Srem, Poland, to a Jewish family. Rebecca was the daughter of Simon Iglik/Iglick (the son of Moses Iglik/Iglick and Rifka/Rebecca) and Dore Adam (the daughter of Schmul Adam and Reisel). Tatum’s grandmother Patricia’s first husband, Richard La Pan, was a Russian Jewish immigrant.

Tatum’s maternal grandmother was Dorothy Martha English (the daughter of William Matthew English and Corrie/Corra Kendrick Trussell). Dorothy was born in Georgia. William was the son of Robert Buchanan English and Mary Louise/Louisa/Louesa Turpin. Corrie was the daughter of Robert Lindsay Trussell and Louesa Jane Wallace.

Genealogy of Tatum’s father (focusing on his father’s side) – http://worldconnect.rootsweb.ancestry.com