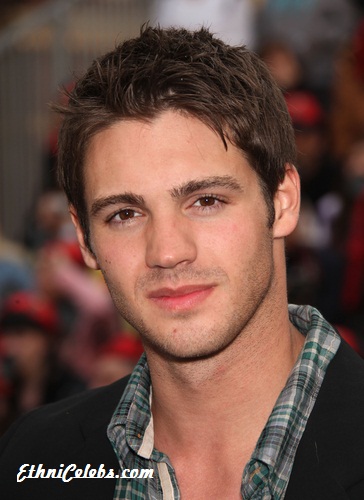 Steven R. McQueen is an American actor and model. His roles include the shows The Vampire Diaries, Legacies, Chicago Fire, and Chicago P.D., and the films Minutemen and Piranha 3D.

He is the son of Stacey Toten, who has acted and is president of label Raystone Records, and Chad McQueen, an actor and race car driver. His stepfather is professional ice hockey player and executive Luc Robitaille. The R. in Steven’s middle stage name refers to Robitaille.

On his father’s side, Steven is a grandson of actor Steve McQueen and Filipino-born actress Neile Adams. Neile has Filipino [Kapampangan and Waray], Spanish, Catalan, Basque, and Chinese ancestry. Steven is a nephew of Terry McQueen and a cousin of actress Molly McQueen.

Steven’s patrilineal line can be traced to Dugal McQueen, who was born, c. 1690, in Moy, Inverness-shire, Scotland.

Steven’s paternal grandmother is Neile Adams (Ruby Neilam Salvador Arrastia, the daughter of José Salgado Arrastia and Carmen Sulse “Miami” Salvador). Neile was born in Manila, Philippines. José was the son of Valentín Arrastia y Roncal, who was born in Allo, Navarra, Navarra, Spain, of part Basque descent, and of Francisca Salgado Serrano, who was of part Chinese descent. Carmen was the daughter of José Juan Salvador, who was Spanish, from Calella, Barcelona, and of part Catalan descent; and of Fermina Sulse y del Valle (or Fermina del Valle Sulse in Filipino), who was a Spanish mestiza.

Steven’s maternal grandfather is Bobby Dwane Toten (whose mother’s maiden name was Avery). Bobby was born in California, and was a member of the band Pastel Six.

Genealogy of Steven’s paternal grandfather, Steve McQueen (focusing on his own father’s side) – http://www.wikitree.com