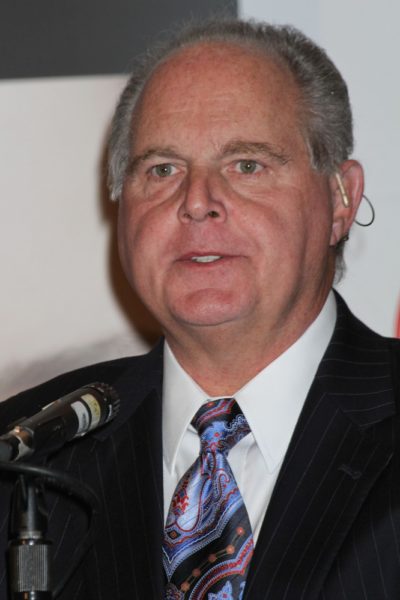 Limbaugh in 2010, photo by Prphotos

The Limbaugh surname, originally Limbach, originates in Germany, where Rush’s great-great-great-great-grandfather, George Frederick Limbaugh, was born, c. 1737, in Baden-Württemberg. Rush was married to Kathryn Rogers, until his death.

Rush’s paternal grandfather was Rush Hudson Limbaugh (the son of Joseph Headley Limbaugh and Susan Frances Presnell). Rush’s grandfather Rush Limbaugh, Sr. was born in Missouri, and was a prosecutor, judge, special commissioner, member of the Missouri House of Representatives from the Cape Girardeau County district, and a president of the Missouri Historical Society. He was reportedly the oldest practicing attorney in the U.S. at age 102. Joseph was of German descent, the son of Daniel R. Limbaugh and Delilah Shell. Susan was the daughter of Stephen Joseph Presnell and Elizabeth Hudson.

Rush’s paternal grandmother was Beulah Maude Seebaugh/Seabaugh (the daughter of Francis Emerson Seabaugh and Emma E. Eisenberg). Beulah was born in Missouri, and was of German descent. Francis was the son of Peter Seabaugh and Sarah Hartle. Emma was the daughter of Henry Eisenberg and Lisette Wilhelmine Selhorst.

Rush’s maternal grandmother was Retha Lee Russell (the daughter of Marvin Russell and Mollie Hanley). Retha was born in Georgia. Marvin was the son of Moses Richard Russell and Frances Lumpkin Bell.