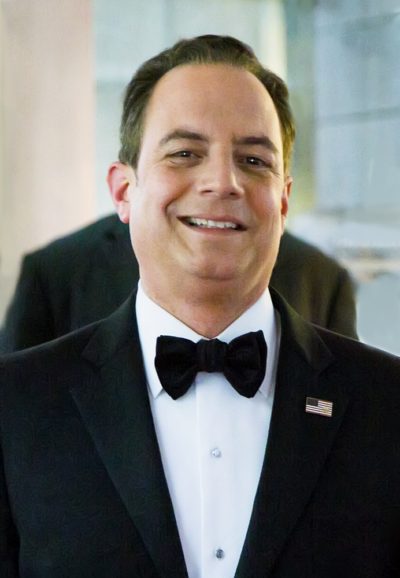 His father is of seven eighths German and one eighth English descent. His mother was born in Sudan, to Greek parents, from Mytilene, Lesbos. Reince was raised Greek Orthodox.

Reince is married to Sally Sherrow, with whom he has two children.

Reince’s paternal grandfather was Reinhold W. Priebus (the son of Friedrich/Frederick “Fred” Priebus and Amilia/Amalia Kroll). Reince’s grandfather Reinhold was born in Michigan, to ethnic German parents from Russia. Friedrich was the son of John Priebus and Lesa. Amilia was the daughter of William Kroll and Frazina.

Sources: Genealogy of Reince Priebus (focusing on his father’s side) – https://www.geni.com