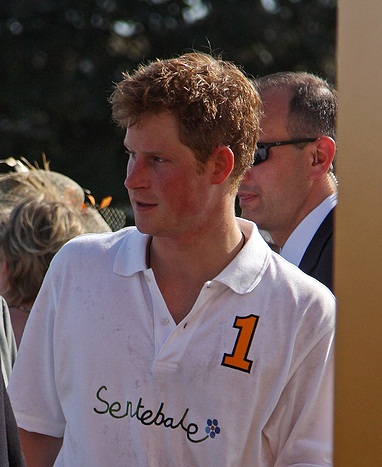 Prince Harry, Duke of Sussex is an English royal. He is the brother of Prince William, Duke of Cambridge, the son of Charles, Prince of Wales, and of Diana, Princess of Wales, and the grandson of Prince Philip, Duke of Edinburgh, and of Elizabeth II, Queen of the United Kingdom and the other Commonwealth realms, since 6 February, 1952. His nephew is Prince George of Cambridge. His stepmother is Camilla, Duchess of Cornwall.