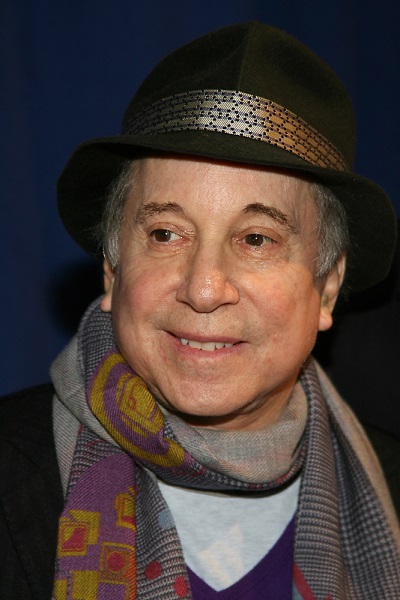 Paul Simon is an American musician, singer, songwriter, and actor. He has been a member of the musical duo Simon & Garfunkel, with Art Garfunkel.

Paul was born to Hungarian Jewish parents, Belle (Schulman) and Harry Louis Simon. In 1945, his family moved to the Kew Gardens Hills section of Flushing, Queens, in New York City. Simon’s musical career began after meeting Art Garfunkel when they were eleven. Garfunkel is of Romanian Jewish ancestry.

Paul is married to musician Edie Brickell. He has a son, musician Harper Simon, with his former wife, Peggy Harper; and three children with Edie.

Paul’s paternal grandfather was Paul Simon/Seeman (the son of Joseph Rost and Sarah Seeman). Paul’s grandfather Paul was born in Czortkow, Galicia, Ukraine. Sarah was the daughter of Pinkas Seeman and Beile Ruchel.

Paul’s maternal grandfather was named Samuel Schulman (the son of David Leib Schumovitz/Schulman and Chaya Sara). David was the son of Mordechai Schumovitz and Raisel Baerman.