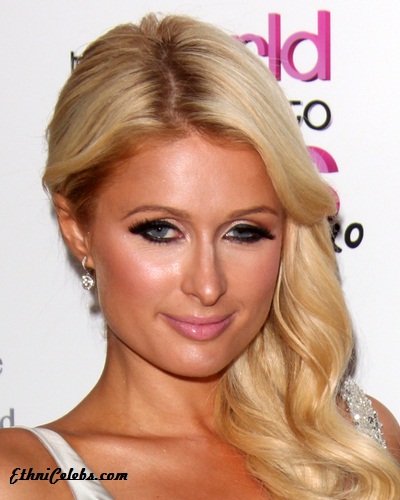 Paris Hilton is an American media personality, socialite, businessperson, model, singer, DJ, and actress. She co-starred in the film House of Wax (2005).

She is the daughter of Kathleen Elizabeth (Avanzino) and businessperson Richard Howard “Rick” Hilton, and the great-granddaughter of Conrad Hilton, the founder of Hilton Hotels. Fashion designer Nicky Hilton Rothschild is her sister. Her half-aunts (her mother’s half-sisters) are actresses Kim Richards and Kyle Richards. Her step-great-grandmother was model and actress Zsa Zsa Gabor, who was married to Paris’s great-grandfather Conrad.

Her father’s ancestry includes Norwegian, German, English, Irish, Scottish, and Welsh. Her mother is of one half Irish, one quarter Italian, and approximately one quarter Scottish, descent.

Paris’s paternal grandfather was William Barron Hilton (the son of Conrad Nicholson Hilton and Mary Adelaide Barron). William was born in Dallas, Texas. Conrad was a hotelier, who founded the Hilton Hotels chain. He was born in San Antonio, Socorro, New Mexico, to a Norwegian father, August/Augustus Halvorsen Hilton, from Hilton, Ullensaker, Akershus, and a mother, Mary Genevive/Genevieve Laufersweiler, who was born in Iowa, to German parents. Paris’s great-grandmother Mary Barron was the daughter of William Thomas Barron and Mary Mulligan.

Paris’s maternal grandfather was Laurence Kenneth Avanzino (the son of Laurence Nicholas Avanzino and Elizabeth Jean Chisholm). Paris’s grandfather Laurence was born in Massachusetts. Paris’s great-grandfather Laurence was the son of Lorenzo/Lawrence Avanzino, who was born in Genoa, Liguria, Italy, and moved to the U.S. in 1891, and of Adellina Maria Arata, who was born in Massachusetts, to Italian parents. Paris’s great-grandmother Elizabeth was the daughter of Canadian parents, Kenneth Chisholm and Isabelle McIsaac/MacIssaac, and had Scottish ancestry.

Paris’s maternal grandmother was Kathleen Mary Dugan (the daughter of Edward John/James Dugan and Dorothy C./Ann Callahan). Kathleen was born in Nebraska. Edward was the son of Charles Mathias Dugan, who was born in Michigan, to Irish parents, with roots in County Tipperary, and of Anna Jane Kelly, who was of Irish descent. Dorothy was the daughter of Francis/Frank John Callahan, who was born in South Dakota, to Irish parents, from County Sligo; and of Mary Anastasia Dougherty, who was also of Irish descent. Mary was the daughter of William Edward Dougherty and Anna “Annie” Kiley.