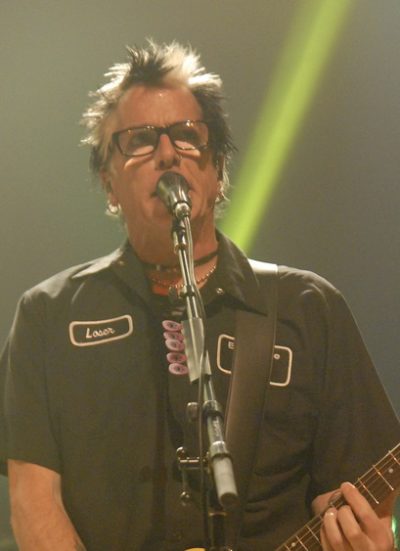 Noodles in 2012, photo by Prphotos

Noodles is an American musician and songwriter. He is the lead guitarist and backing vocalist of the punk rock band The Offspring. Other members of the band are Dexter Holland, Greg K., and Pete Parada.

Noodles is the son of Linda L. and Raymond X. Wasserman. His father is of German and Irish ancestry on one side, and Mexican on the other. His mother’s maiden name is possibly Hammond.

Noodles’ paternal grandmother was Amalia Guzman (the daughter of Arturo Guzman and Manuela Moreno). Amelia was born in Arizona, to Mexican parents.