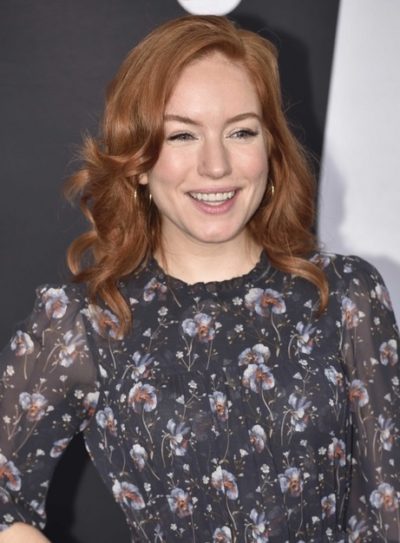 Maria Thayer is an American actress and comedian.

Maria is the daughter of Catherine and Thomas Thayer. She was raised in Boring, Oregon, and Apple Valley, Minnesota.

Maria’s maternal grandfather was Rudolf/Rudolph Carl Lehfeldt (the son of Ludwig Carl “Louie” Lehfeldt and Julia Stafeck/Staffek). Rudolf was born in Montana. Ludwig was born in Germany. Julia was born in New York, to parents from Bohemia, with her mother being Barbara/Barbra Benesh.