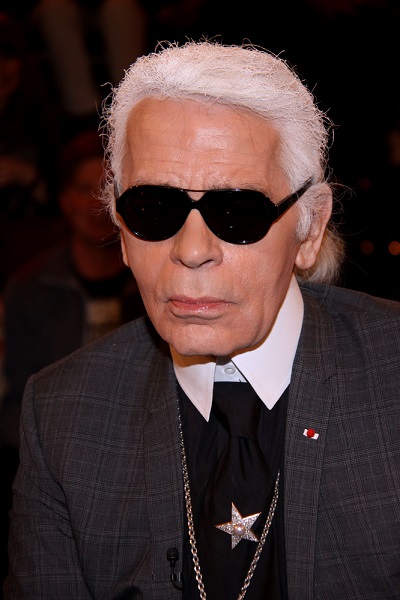 Lagerfeld in 2011, photo by Prphotos.com

Karl Lagerfeld was a German creative director, fashion designer, artist, photographer, and caricaturist. He was known for being a main designer and director of the fashion house Chanel, as well as the Italian house Fendi, and his own fashion label. He lived in Paris.

Karl had evidently said that he has Swedish ancestry. This was not correct. His surname has also been spelled Lagerfeldt, although historically the name was Lagerfeld.