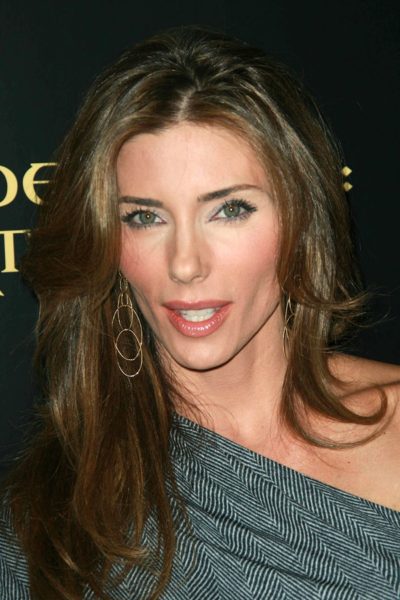 Flavin in 2007, photo by s_bukley/Bigstock.com

Jennifer Flavin is an American model, entrepreneur, and business owner. She is married to actor, writer, and director Sylvester Stallone, with whom she has three children, including actress Sophia Rose Stallone and internet personality, model, and actress Sistine Stallone.

Jennifer’s paternal grandfather was Hugh Edward Flavin (the son of John Bernard Flavin and Julia A. McGuire). Hugh was born in Minnesota. John was born in Minnesota, the son of Irish parents, John Flavin and Ellen Delahanty/Wolf. Julia was born in Iowa, the daughter of Edward McGuire, who had Irish ancestry, and of Anne/Ann Eliza/Angeline Perigo, whose family was Canadian, and of at least part French-Canadian descent. Anne’s maternal grandmother has been described as Ojibwe. Her surname is said to be Sauteuse, like the Saulteaux tribe. It is not clear if this is accurate.

Jennifer’s paternal grandmother was Theresa Wyrzykowski/Wyrsykowski (the daughter of John Wyrzykowski and Theresa A. Graf). Jennifer’s grandmother Theresa was born in Minnesota, to a Polish father and a German mother.

Jennifer’s mother’s surname, Knudsen, is of Danish or Norwegian origin.

Sources: Genealogies of Jennifer Flavin (focusing on her father’s side) – https://www.geni.com
http://wc.rootsweb.ancestry.com

Genealogies of Jennifer’s paternal great-great-grandmother, Anne/Ann Eliza/Angeline Perigo (focusing on her own mother’s side) – http://www.genealogy.com
http://wc.rootsweb.ancestry.com