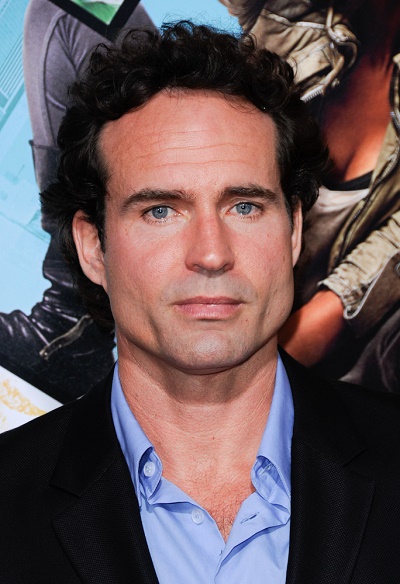 Patric in 2010, photo by Prphotos.com

Jason Patric is an American actor.

He is the son of Jason Miller (born John Anthony Miller), an actor and playwright, and Linda Miller (born Linda Mae Gleason), an actress. His half-brother is actor Joshua John Miller. Jason’s father was of Irish and one quarter German descent. Jason’s mother has Irish, smaller amounts of German, Scottish, English, and Dutch, and remote Norwegian and French Huguenot, ancestry.

Jason has a son with his former partner Danielle Schreiber.

Jason’s paternal grandfather was John Anthony Miller (the son of Edward Frederick Miller and Bridget Mary Delaney). John was born in Providence, Rhode Island. Edward was the son of German parents, Martin Miller and Eva Sommers. Bridget was an Irish immigrant, and was the daughter of Patrick Joseph Delaney and Mary Alice.

Jason’s paternal grandmother was Mary Claire Collins (the daughter of Thomas Collins and Anna Munley). Mary was born in Pennsylvania, to Irish parents.

Jason’s maternal grandmother was Genevieve Halford (the daughter of Joseph H. Halford and Mary Agnes McCafferey/McCaffrey). Genevieve was born in New York. Joseph was the son of August Halford, who was German, and of Arabla/Isabella Crowe, whose parents were from Scotland, or from Scotland and Ireland. Mary was the daughter of Thomas McCafferey/McCaffery/McCaffrey and Mary Walsh, who were of Irish descent.

Genealogy of Jason’s maternal grandfather, Jackie Gleason (focusing on his own father’s side) – http://worldconnect.rootsweb.ancestry.com