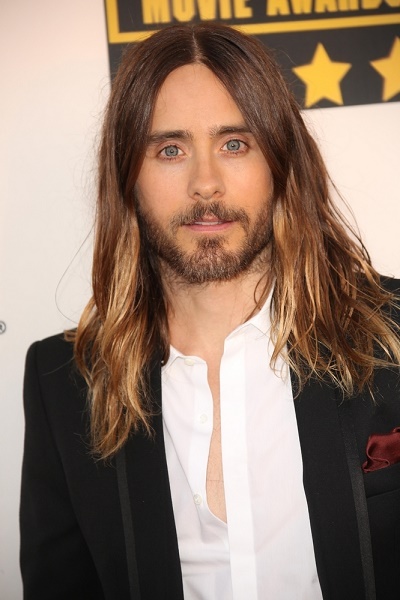 Jared Leto is an American actor, singer, songwriter, and director. He won the Academy Award for Best Supporting Actor for Dallas Buyers Club (2013). He is a vocalist, multi-instrumentalist, and songwriter of the band Thirty Seconds to Mars, for which his brother, Shannon Leto, is the drummer. He has also been credited as Bartholomew Cubbins.

Jared is the son of Constance (Metrejon) and Tony L. Bryant. Leto was the surname of Jared’s stepfather/adoptive father, Carl Leto (the surname is Italian). Pictures of Jared’s mother can be seen here (at the far left) and here.

Jared’s father, who was from Kentucky, had British Isles/English ancestry. Jared’s mother, who is from Louisiana, has Cajun (French), smaller amounts of English, Irish, German, and Scottish, at least 1/256 Spanish, and remote Dutch and Mi’kmaq First Nations, ancestry. Some of Jared’s ancestors were born in Acadia (now Canada) and Barbados.

Jared’s mother’s Metrejon line can be traced back to Joseph Marie Maitrejean, who was born, c. 1778, in Belle-Île-en-Mer, France, an island off the coast of Brittany.