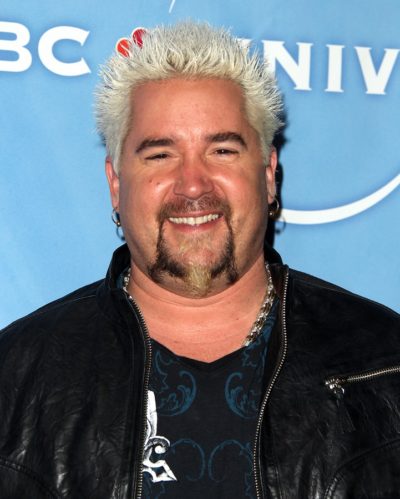 Fieri in 2011, photo by DFree/Bigstock.com

Guy Fieri is an American restaurateur, author, and presenter. He is known for his television series on the Food Network. Guy is the son of Penelope and Lewis Ferry, and was raised in Ferndale, rural Humboldt County, California. He spent time in France in junior high school and college, where he developed his passion for cooking.

Guy is married to Lori Brisson, with whom he has two children. Upon marrying, he changed his anglicized surname Ferry back to his grandfather’s original surname Fieri.

Source: Genealogy of Guy Fieri (focusing on his father’s side) – http://worldconnect.rootsweb.ancestry.com