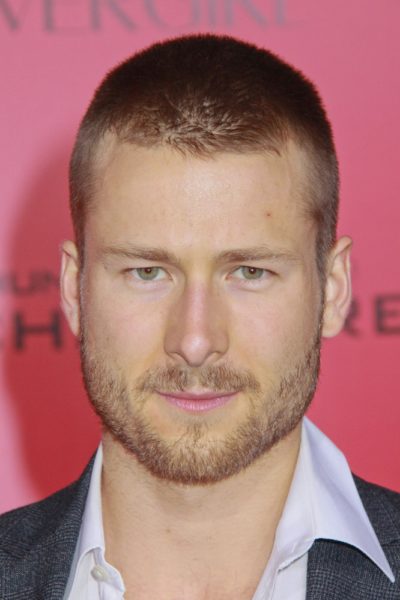 Glen Powell, previously credited as Glen Powell Jr., is an American actor, writer, and producer. His roles include Scream Queens, Everybody Wants Some!!, Set It Up, and Top Gun: Maverick, among others.

His sister is singer and songwriter Leslie Powell.

Glen’s paternal grandmother is Lillian Dziuba (the daughter of Joseph Dziuba and Sophia/Sophie/Sofia Maciag). Lillian was born in New Jersey, to Polish parents, who were of the Catholic religion. Sofia was from Zielonka, near Warsaw.

Glen’s maternal grandfather was William Joe Powell (the son of Aubrey Harrison Powell and Mattie Stella Judd). William was born in Texas. Aubrey was the son of William Ingram Powell and Sophia Collins. Mattie was the daughter of Joe Meredian Judd and Minnie Ann Clinton.

Glen’s maternal grandmother was Pattie Jean Thomas (the daughter of Edgar Claude Thomas and Lacolian Eastham). Pattie was born in Texas. Edgar was the son of Ben/Benjamin Edgar Thomas and Lillian Letita Mabry. Lacolian was the daughter of John George Eastham and Celestia Crump.