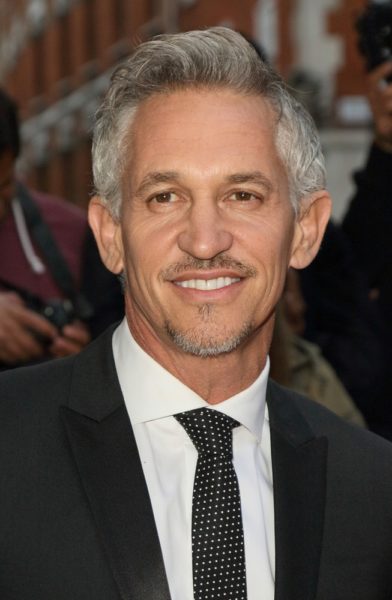 Gary Lineker is an English professional footballer and sports broadcaster. He is the son of Margaret P. (Abbs) and Barry Lineker. His middle name is after Sir Winston Churchill. He has four children with his former wife, Michelle Cockayne.

Gary’s paternal grandfather was William Harold Lineker (the son of George Albert Lineker and Emily Holmes). William was born in Leicester, Leicestershire. George was the son of Henry William Lineker and Lavinia Hatfield.

Gary’s paternal grandmother was Alice Kate Hoare (the daughter of Frederick Charles Hoare and Sarah Elizabeth Thorne/Thorn). Alice was born in Leicester, Leicestershire. Frederick was the son of John Hoare and Kate Rose Billingham. Sarah was the daughter of John Thorne and Alice Pratt.