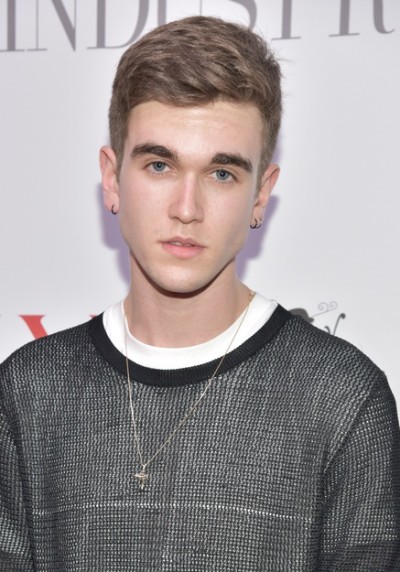 Gabriel-Kane Day-Lewis is a singer, songwriter, and model, born and based in New York City. His parents are British actor Daniel Day-Lewis and French actress and singer Isabelle Adjani.

Gabriel-Kane’s paternal grandfather was Cecil Day-Lewis (the son of The Rev. Frank Cecil Day-Lewis and Kathleen Blake Squires). Gabriel-Kane’s grandfather Cecil was born in Ballintubbert, Queen’s County, Ireland, of English, Northern Irish, and remote Welsh, descent. Cecil was a poet who was Poet Laureate of the United Kingdom from 1968, until his death in 1972. The Rev. Frank was an Anglican minister, who was raised in Dublin, Ireland, and was the son of Frank Edward Day-Lewis and Elizabeth Mary Butler. Gabriel-Kane’s great-great-grandfather Frank was born in Hertfordshire, England, the son of George Day and Esther Ann Potts/Pott. Frank took the surname Day-Lewis as a combination of the surnames of his birth father, Day, and of his adoptive father, Lewis. Gabriel-Kane’s great-grandmother Kathleen was born in Dublin, the daughter of William Alfred Squires and Annie Victoria Goldsmith.

Gabriel-Kane’s paternal grandmother was Jill Balcon (Jill Angela Henriette Balcon, the daughter of Michael Elias Balcon and Aileen Freda Leatherman). Jill was an actress, who was born in St George Hanover Square, London, England. Michael Balcon, a famous film producer who ran Ealing Studios, was born in Birmingham, Warwickshire, England, to Jewish parents from Riga, Latvia, Leib/Louis Balcon and Laura Greenburg/Greenberg. Aileen was the daughter of Harry/Max Jacobs Leatherman and Beatrice Freedman, who was born in Glamorganshire, Wales. Her parents were both of Polish Jewish descent.

Genealogy of Gabriel’s father (focusing on his own father’s side) – https://blog.findmypast.ie

Genealogies of Gabriel’s father (focusing on his own mother’s side) – http://www.geni.com
https://www.wikitree.com