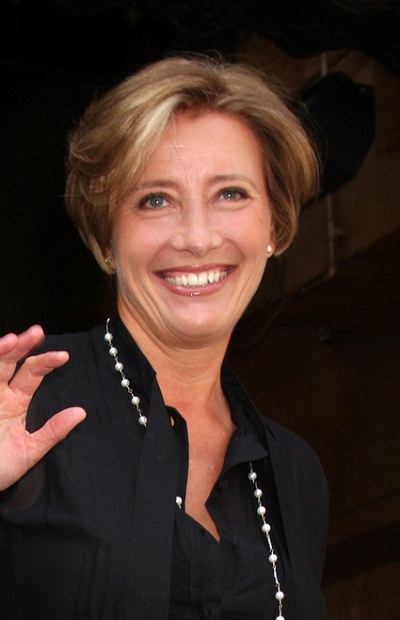 Thompson in 2010, image via kathclick/Bigstock.com

Emma Thompson is a British actress, comedian, screenwriter, and author. She won the Academy Award for Best Actress for Howards End (1992). Her roles also include Primary Colors, Love Actually, and The Children Act, among many other films.

Her father, Eric Thompson, was an English actor, television presenter, and producer. Her mother, Phyllida Law, is a Scottish actress, from a family from Ardentinny. Her sister is actress Sophie Thompson.

Emma is married to actor and producer Greg Wise, with whom she has two children.

Emma’s maternal grandfather was William Ramsay Law (the son of Andrew Law and Agnes Stevenson). Agnes was the daughter of Robert Stevenson and Isabella Hyslop.

Genealogy of Emma’s paternal great-grandmother, Annie Barnett (focusing on her own father’s side) – http://worldconnect.rootsweb.ancestry.com