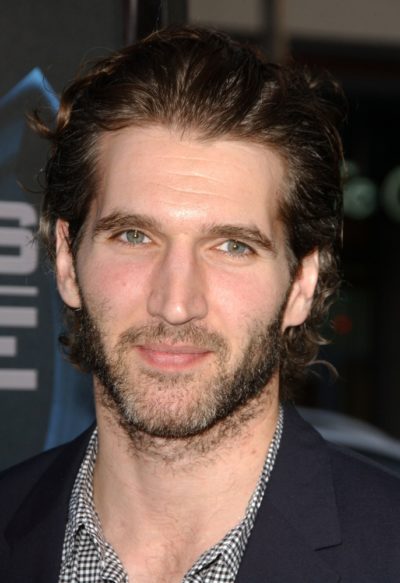 Benioff in 2009, photo by Prphotos

David Benioff is an American novelist, screenwriter, television producer, and director. He is known for being the co-creator and showrunner of HBO series Game of Thrones, along with D. B. Weiss.

David is the son of Barbara (Benioff) and Stephen “Steve” Friedman, who was Director of the National Economic Council, from 2002 to 2005, and Chairman of the U.S. President’s Foreign Intelligence Advisory Board, from 2005 to 2009. David has two sisters, Susan and Caroline.

David is married to actress and author Amanda Peet, with whom he has three children. Through his mother, David is a distant cousin of entrepreneur and author Marc Benioff.

David’s parents are Jewish. All of his great-grandparents were Jewish immigrants, from Romania, Austria, Russia, Poland/Germany, and Ukraine.

David’s paternal grandfather was Maurice Friedman (the son of Jonas Friedman and Ray). Maurice was born in New York, to parents from Romania.

David’s paternal grandmother was Hilda Kaufman (the daughter of Jacob Kaufman and Clara). Hilda was born in New York, to a father from Romania and a mother from Austria.

David’s maternal grandfather was Shim/Simon Benioff (the son of Isaac Benioff and Ida Edith Bayliss/Baylis). Shim was born in Delaware, to parents from Russia. Isaac was born in Kiev, then in the Russian Empire, the son of Benjamin Benioff and Bertha Scheidt/Cohn.

David’s maternal grandmother was Florence Annette Edelson (the daughter of Samuel H. Edelson and Bessie Wender). Florence was born in Connecticut, to parents born in either Germany or Poland.

Genealogy of David Benioff (focusing on his mother’s side) – https://www.geni.com