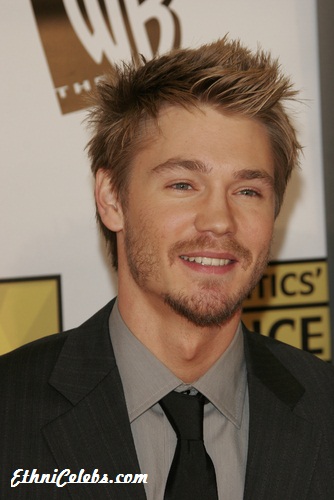 Chad Michael Murray is an American actor, spokesperson, writer, and model. He is married to actress and model Sarah Roemer, with whom he has two children.

Chad is the son of Sheila and Rex Murray. On his father’s side, Chad has English, German, and Swiss-German, ancestry. Chad has said that he also has Irish and Polish ancestry, which would presumably be from his mother’s side.

Sources: Genealogy of Chad’s father (focusing on his own mother’s side) – http://worldconnect.rootsweb.ancestry.com