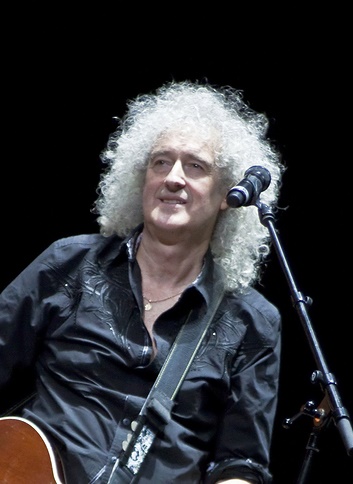 May in 2014, photo by Avis De Miranda/bigstockphoto.com

Brian May is an English musician, singer, and songwriter. He is the lead guitarist for the rock band Queen. Other members of the band include or have included John Deacon, Freddie Mercury, and Roger Taylor. Brian is also a member of Queen + Adam Lambert, with Taylor and Adam Lambert.

Brian is the son of Ruth Irving (Fletcher) and Harold R. May. His father was English. His mother was born in Pitlochry, Aberdeenshire, Scotland. Brian is married to actress Anita Dobson. He has three children with his former wife Christine Mullen.

Source: Genealogy of Brian May – http://wc.rootsweb.ancestry.com