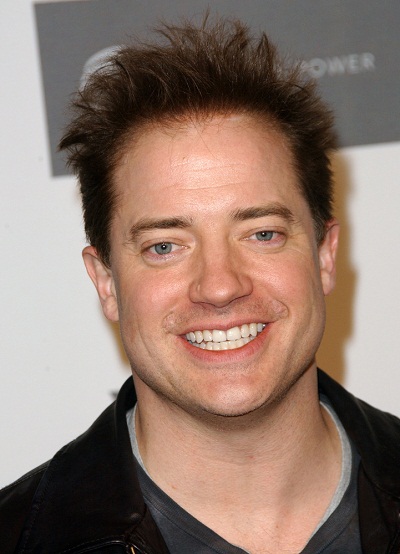 Brendan Fraser is a Canadian and American actor. His roles include Encino Man, School Ties, Son in Law, Airheads, Mrs. Winterbourne, The Twilight of the Golds, George of the Jungle, Gods and Monsters, Blast from the Past, The Mummy and its sequels, Dudley Do-Right, Bedazzled, The Quiet American, Looney Tunes: Back in Action, Crash, Journey to the Center of the Earth 3D, Inkheart, and The Whale, and television’s The Affair and Doom Patrol.

Brendan was born in Indianapolis, Indiana, the son of Canadian parents. His mother, Carol Mary (Genereux), was a sales counselor, and his father, Peter Joseph Fraser, was a former journalist who worked as a Canadian foreign service officer for the Government Office of Tourism. He has mentioned his heritage in an interview as Irish, Scottish, German, Czech, and French. He also has English ancestry. His father was born in New Waterford, Nova Scotia. His mother was born in Saskatoon, Saskatchewan. Brendan has three children with his former wife, actress Afton Smith.

Brendan’s paternal grandfather was Peter Joseph Fraser (the son of Daniel Murdock/Murdoch “Dan” Fraser and Annie/Anne Jobe). Peter was born in Sydney Mines, Nova Scotia, Canada. Daniel was the son of Murdoch Fraser, whose parents were Scottish, from Gairloch, Ross and Cromarty; and of Mary Ann MacLean, whose father was Scottish, from Isle of Skye, and whose mother was also of Scottish descent. Brendan’s great-grandmother Annie was the daughter of Peter Jobe, whose father was English and whose mother likely had French ancestry; and of Isabelle/Isabella McLean/MacLean, whose parents were Scottish emigrants, from Barra, Inverness.

Sources: Genealogy of Brendan’s paternal grandfather, Peter Joseph Fraser (focusing on his own mother’s side) – https://sites.rootsweb.com

Genealogy of Brendan Fraser (focusing on his mother’s side) – https://www.geni.com

Genealogy of Brendan’s maternal grandfather, Arthur George Genereux (focusing on his own father’s side) – http://worldconnect.rootsweb.ancestry.com